We’re responsive creatures, always yearning for some kind of carnal or spiritual fulfillment. So many of our conversations are dedicated to that one question: What makes us feel alive? For me it’s neither people nor adventures. It’s the shapes and colors that make up a city I love.

When I took a semester off in Cali, all I could think about was how much I missed NYC and how exciting it would be to blog about college life there. But four months after I returned to NYU I’ve only written four posts on my adventures here in the Big Apple. Ostensibly it’s because I just haven’t had the time. In reality it’s because I’ve kind of lost confidence in my writing. I don’t think I’ll ever be as good a writer as I would like to be, and I certainly don’t think I’m good enough to capture the sense of wonder I feel every time I step out onto the streets.

I’ve experienced no shortage of epiphanies walking on the same blocks, seeing the same things in different ways. Paradoxes run riot: tattoo parlors next to corporate banks, museums sandwiched by takeouts, apartments stacked atop liquor stores, and chains of buildings in alternating colors – black, tan, maroon – adorned by staircases twisting like rusty vines. It’s homogeneous yet dynamic, indifferent yet inviting. None of it makes any sense yet it all feels so right.

It’s a convoluted maze with a constellation of neon lights and no exit. Horizontal and vertical lines converge to make intersections that look exactly the same whether you’re in FiDi or Dumbo. You’re lost every time you’re out, but you never feel more at home. Last night I was strolling through Washington Square Park in the nicest weather in a long, long time, and I see the arch–silver silhouette inked against the black sky–illuminating the fountain and everyone around it. It was just so liberating. In that moment I actually felt so blessed to be alive. And I just couldn’t help wondering: Why then? I’ve seen that sight countless times in the past year and a half, and I’ve walked through the park in every weather, every hour. But that moment last night was the only time I’ve felt that kind of relief, the only time that those random bursts of sadness and rage I experience everyday felt so far away.

Despite the incurable bleakness of life and the shittiness of human nature, the world itself is still as sublime a vision as you will ever imagine. That vision alone is worth the effort of waking up every morning with a smile. It’s far more beautiful than life is ugly. It’s far more sincere than people are fake. Loving a place is far more satisfying than hating everything else.

Live with hope and live with love, if only for your surroundings. Find somewhere you love. See as much as you can before it’s too late.

Widgets
Follow Ramblings of a College Introvert on WordPress.com 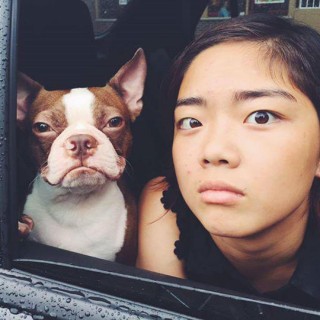 Letters From the Other Me